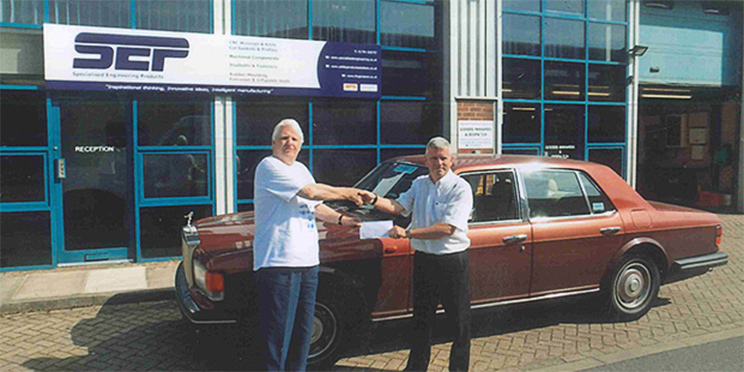 During August 2016, SEP made a generous charity donation to The Mary Stevens Hospice in Stourbridge, West Midlands.

The chance to donate came about via a Charity Drive fundraiser where the aim was to drive from John O’Groats all the way south to Lands End in Cornwall, with the rules stating that no motorways could be used. The car used for the drive was a Rolls Royce Silver Spirit which had been purchased and restored specifically for this event.

We’re happy to report that the Car, the navigators and the driver all survived without a scratch and thousands of pounds were raised!

Please take a look at the gallery below from when the car and crew arrived here at SEP.